Chris Palmer       A friend and I split a pledge from the recent Killer Rabbits Kickstarter from Skull and Crown, which launched a range of rabbit miniatures based on the margin art of medieval manuscripts.    It arrived earlier this month, and I’ve been working on them the last two weeks to get them cleared off the painting desk before the Reaper Bones 4  Kickstarter arrives.

Here are my results; done to a tabletop quality.  I’m really pleased with how these little guys turned out; and eventually when these guys are available on the manufacturer’s website,  I hope to flesh out a full cavalry unit of snail mounted rabbits! 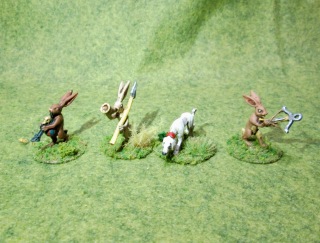 Here is an example of the original medieval artwork inspiration for snail and lion rabbits. I tried to copy the original shield design for the snail rider. 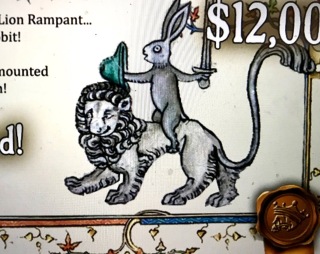 via One More Gaming Project http://onemoregamingproject.blogspot.com/2019/04/killer-rabbit-figures-based-on-medieval.html
from Tumblr http://harfordhawks.tumblr.com/post/183868667043
via IFTTT